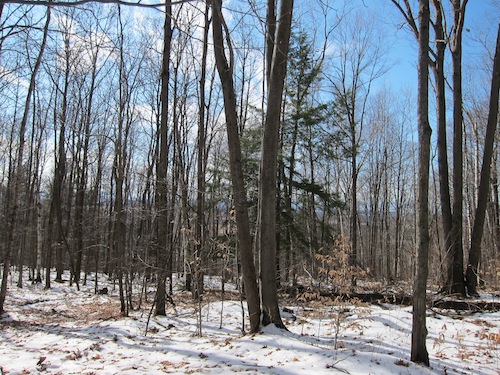 I’ve been waiting to record winter ambiences in the New York area all season, but winter never really showed up this year. In response, I set out on a six hour drive to Vermont this February searching for some semblance of winter. Fortunately, Mother Nature cooperated, and graced me with 2 days of winter to record ambiences, as well as some other unexpected treasures.

These Ravens are among my favorites moments from that weekend:

And when I returned from my trip and was sifting through my recordings, I didn’t quite know that this little bugger was:

Thanks to the help of Martyn Stewart I later found out it was a Red Squirrel which are often found in Vermont, and not it Brooklyn, NY where I live.

I’m really glad I managed to capture a few nice things, but I’m saddened that winter really passed us by this year. Who can forget this.

Recording Geek Note: Both Recordings were ORTF stereo recordings with Schoeps CMC 5 bodies and MK4 capsules. It was tracked with a Cooper CS 104 feeding a Sound Devices 744T.