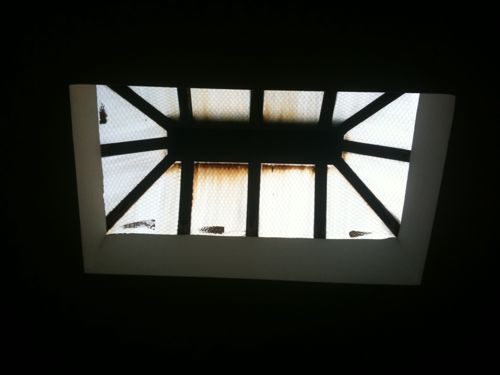 We had a number of high wind days in New York recently and when it gets windy my old apartment building starts to show it’s age. When the building is under heavy stress, it can almost sound like it is coming apart at the seems. When the wind kicks up, gusts interact with the above skylight and the poorly secured door below. This can be rather  frightening because we are in the middle of New York City, not the midwest. The last thing we all need is Toto flying by our window. 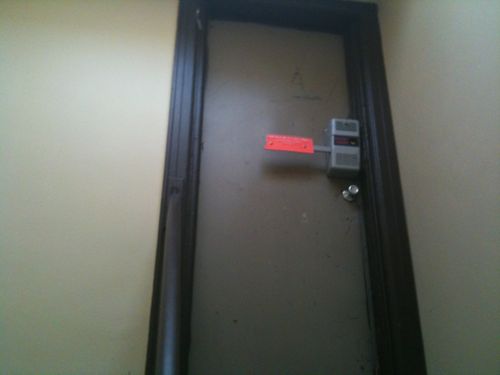 Back in January of 2011 I put up a similar post after we had a hail storm, and large gusts of wind followed. Once I heard those winds again I ran out in the stairwell with the gear and went into record. The section that I have excerpted is toward the tail end of the storm, and it evolves in subtle ways. The wind is only interrupted by one neighbor leaving their apartment at 8:36 into the recording. They open their door, lock it, and move their way down three flights of stairs and leave. The only other interruptions in the raw recording are a few planes flying over head. I never knew I lived in such a peaceful place.

Recording Geek Note: Rig consists of Schoeps CMC5′s setup for MS, with the MK4 as the mid. It was all tracked to a Sound Devices 744T at 24/96.