Under The Bridge Downtown 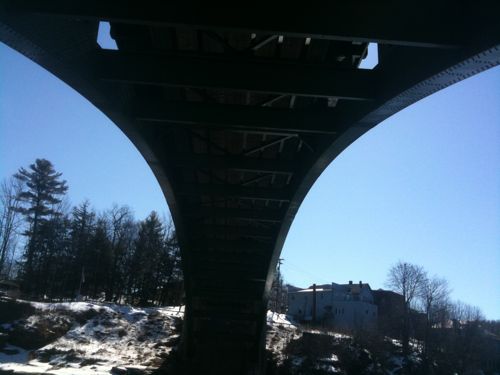 This past weekend, I found myself upstate New York with my hydrophone and I got inspired. My in-laws have a getaway house right on the Delaware River, and, what’s even better, there is a cool bridge with metal grating ten minutes down the road.

I could have just recorded it, but I’ve been inspired by the recent hydrophone recordings of Noise Jockey, so I said to myself, “I’m not only going to record underneath this bridge, I’m going to record the sound of this bridge underwater.” While I was down there, I ran into two guys fishing . . . I thought that these guys fishing under a bridge in 30 degree weather were crazy, but then I realized I had just tossed a hydrophone in the water. 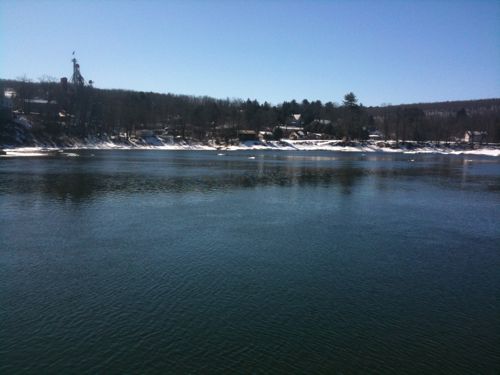 Initially, I didn’t think the recordings were all that hot, but when I got back home to edit I was pleasantly surprised. Next time I get up there, I am going to have to record above the water and see how that sounds.

Recording Geek Note: Rig consists of 1 Dolphin Ear Pro hydrophone and it was all tracked to a Sony PCM-M10 with a Sound Device MP2 as a front end, while trying not to fall in.