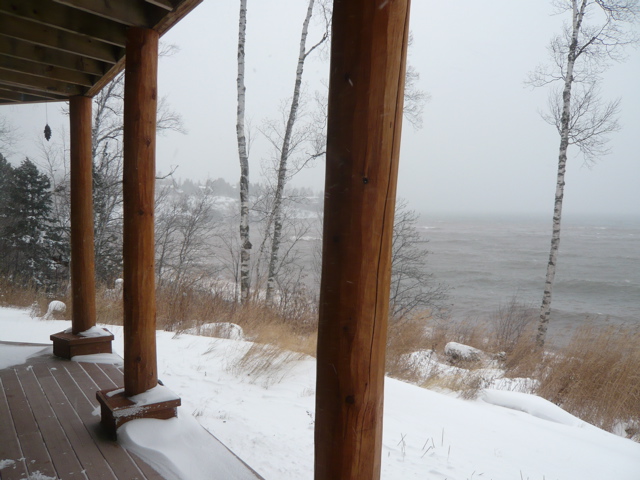 This is the view out the back of a cabin in Two Harbors, Minnesota that I rented with some friends in December.  We originally planned to record a train down in Duluth but the weather did not really cooperate.  We were snowed in all weekend and we were lucky to get back on the road by the end of our weekend.  We saw about 13 inches of snow, but after the 8th attempt up the steep driveway of the cabin we made it out.

Once I realized that we weren’t going to get out to record the old train I had to find something else to record. The porch on the ground level had a couple of nice features:  a few wind chimes, blowing snow, and a grill covered with a tarp that seemed to like to flap in the wind.   You can see one of the wind chimes in the upper left of the above photo and Gitche Gumee on the right.

For the recording geeks out there, this was recorded with Schoeps CMC5’s in MS configuration.  The gusts of wind and snow were very strong; the recording gear hit the deck on more than one occasion!  The Rycote windjammer needed heavy blow drying when then day was done.

There are a few more photos of the surroundings if you continue reading. 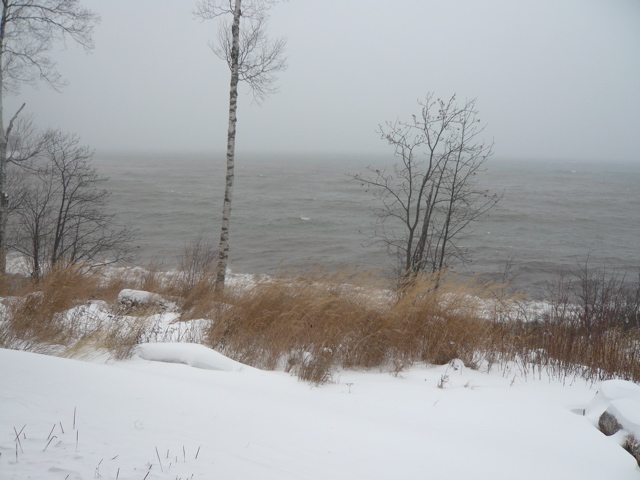 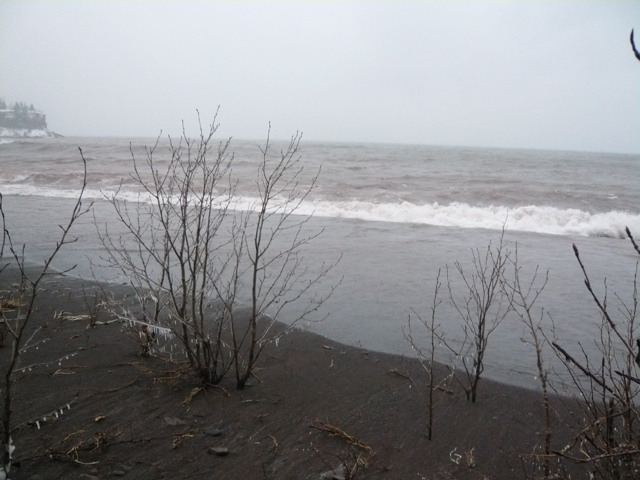