The Rabbit Family And A Love Letter to Animal Bells 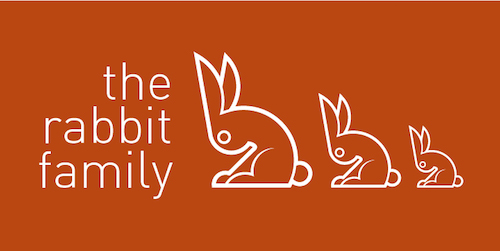 Last week I released The Rabbit Family over at Rabbit Ears Audio, which has prompted a bit of self-reflection. I started this little blog back in 2007 and it is still chugging along. Somewhere along the way it spawned a small business, Rabbit Ears Audio. Both of these sites are very much a labor of love and are creative outlets which I feel lucky to have. I started this blog in order to push myself out the door with my gear more frequently. I later started Rabbit Ears Audio in order to work on my craft with a deliberate purpose.

Rabbit Ears Audio’s primary focus is building collections that are not only useful, but off the beaten path. I run this business in gaps, among numerous other responsibilities, and when I launch a new collection in Rabbit Ears Audio’s growing library, I want it to count. Some of the collections have instant “sex appeal,” like Rockets, Jet Turbines[1], or Antique Engines. And then there are the collections with considerably less sex appeal like Typewriters and Animal Bells.

It is the less sexy ones I seem to love the most. I’ve written a fair amount about my love of typewriters. Animal Bells, however, is the true hidden gem in the Rabbit Family. I’ll never forget the sessions for Animal Bells:

For weeks my pal John Loranger kept sending me pictures of all of these crazy looking animal bells made of everything from brass to oddly shaped gourds. I kept asking him where these photos were coming from, but he just kept teasing me with more photos. When I saw a cow bell big enough to crush the neck of even the strongest Swiss cow, I harassed him until he gave it up.

It turned out that John and his family rented a vacation home, and the house showcases an insane private collection.[2] I tracked down the owner of the house, and made arrangements to record the entire collection over a weekend.

The location wasn’t too far from the home of another old friend, whom I dragged along to perform the bells. He performed the hell of out of those animal bells. Some of the actions include:

My favorite move is the animal meander. I’ll never forget coaching my old friend to “be the goat,” or to “trot like a sheep!”[3] We were on the floor in hysterics many times during those sessions.

I’m often asked about the financials of REA, and whether or not running this little business is worth it. I’m never really sure how to answer those questions. I’m sure if I calculated the cost of my time and ran the numbers it wouldn’t make sense on paper, but it has never been about a balance sheet. All I know is that I have a collection of content that is as sexy and just as unsexy as it gets. It has been fun so far.