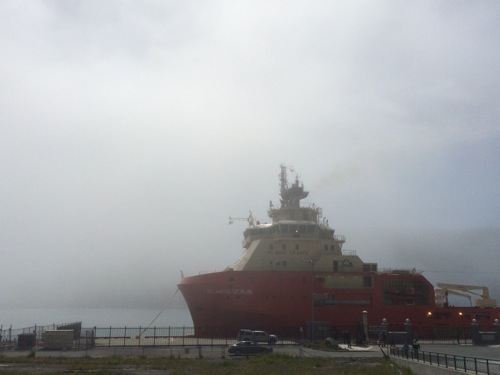 This post comes via guest contributor, Rob Bridgett. Rob is a Sound Recordist and Game Audio Director based in Canada. Rob also is the proud creator or 2 sound libraries over at Rabbit Ears Audio, which can found here. –Michael

I’ve been living in St John’s, Newfoundland for almost two years now and am constantly finding new things and new places to record. Michael asked me recently how the harbour sounded, having seen some of my pictures on instagram, so I thought I’d indulge and dig through some material.

St John’s is a small city situated on the Eastern-most tip of North America on the remote and beautiful island of Newfoundland. The downtown core itself is NOISY (with the Harleys & classic cars revving on show during the summer, and non-stop snow clearing in the 4–6 month winter season) The harbour here is the focus for much of the downtown bustle, and it is very busy; with coastguard traffic, cruise ships, plenty of smaller fishing boats and a lot of import shipping. There are a couple of shipping terminals, but by far the biggest and most busy is the Oceanex terminal to the west of the harbour. Back to that shortly, but the first recording here is one from the 2014 Sound Symposium Harbour Symphony.

Every two years the harbour is blasted by the sounds of co-ordinated (scored) compressor ship horns between 12:30 to 12:45 each day of the symposium. (Interestingly, that is not the only time you can hear this, as during the Fall cruise ship season, whenever a cruise ship leaves, an improvised farewell harbour symphony is performed by all the vessels in the harbour as the cruise liner leaves – it must be pretty awesome to be on a cruise ship to hear this) The recording here is an excerpt from day 9, from a secret spot I have found which is far enough away from background traffic of downtown, sheltered from the high winds yet close enough for clear horns, wind effect and some gorgeous reverberation from the bowl-like harbour. 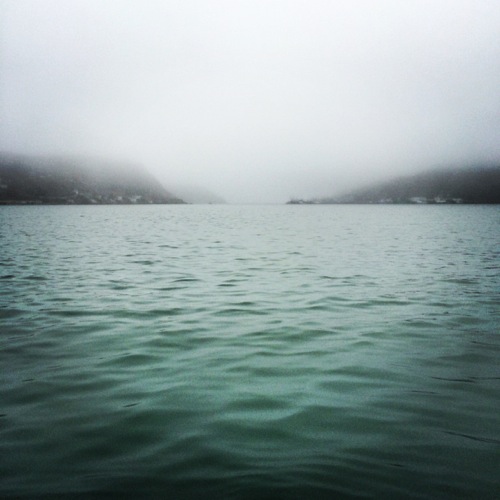 The second recording is taken from a similar location, sitting among the rocks at the shoreline on what is known as chain rock. From here, when the fog descends, which it often does, the fog warning horn at Fort Amherst Lightstation can be heard echoing around the harbour.

The next couple of recordings bring us back to the busy shipping areas of the city, with a couple of mid-distance recordings of the Oceanex terminal. It sounds like this 24hrs a day and never seems to stop. The site is characterized by reversing beeps of giant industrial fork-lifts and cranes, as well as heavy container movement sound.

Moving into some closer perspective recordings, along most of the waterfront, and fairly accessible to the public, are multiple boat moorings – many of these boats employ water pumps which have loud diesel-based engines – both tracks 5 and 7 are of these noisy pumps. There are a lot of overtones and low frequencies present the further away you are from these, but the sound of traffic in the city makes this difficult to record cleanly (at sociable hours).

Track 6, probably one of my favorite industrial sounds, is a recording of a giant stack of refrigerated shipping containers (known as ‘reefers’). These things are arranged into a huge 4×4 stack, like a Marshall backline, and sound like the back-end of enormous refrigerators (which is exactly what they are!). There is a sickening high-pitched whine, that I don’t think you’d be able to tolerate for very long if you worked or lived near to these stacks. Thankfully the sound doesn’t carry too far and is fairly localized.

The island also has an equally interesting natural side – once you get a few minutes walk on some of the trails out of the town and into the coastal villages like Quidi Vidi along the East Coast Trail or along to the coastal south side hills, you are away from everything man-made. Inland is very peaceful, with little air-traffic, whereas the coastal areas vary from peaceful to insanely rough. The weather is constantly changing hourly, many hurricanes and tropical storms track through as they leave North America… but I’ll save some of those more nature-based recordings for another time.

Most of this ambient material is recorded with the Rode NT4 via a Mix Pre-D and tracked to a PCM D50 at 24/96. Anything requiring closer more covert recording is done with the D50 alone.