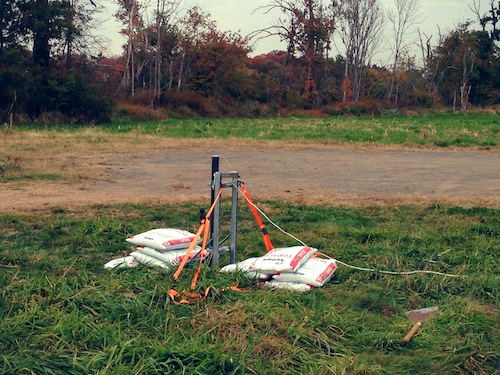 2013 is slowly winding to a close; as I reflect on the last 9 months, I realize that I have been recording a lot, but I’ve had limited time for editing. At this point, I am sitting on almost 5 new libraries for Rabbit Ears Audio. Now if I can only find time to edit and master all of the material!!!!

One of the collections I have just finished recording is a follow-up to my rockets library. Although it builds on the previous library, it will not be another collection of rocket launches. After I released the first rocket library several years ago, I kept receiving comments like these:

Ask and you shall receive: It has taken me over 3 years to get around to it, but the new library is on the way. I’ve recorded a series of static tests of rocket motors; boy, is it loud fun! 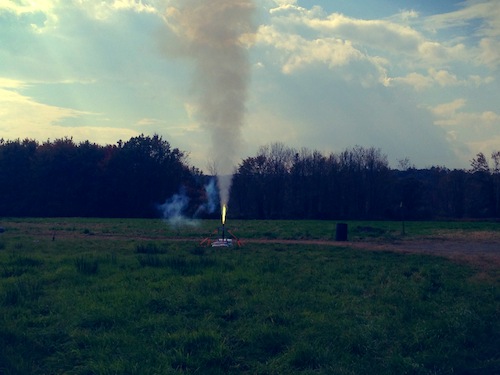 Here are two perspectives of a rocket motor called “J270 Green.” The J270 relates to the size of the motor and Green is for the green color it exhibits when it burns. The motor we burned right before this one was a “Skidmark” and prior to the Skidmark we burned a motor called “Smokey Sam.” I loved it.

The library, when it eventually comes out, will feature recordings between six to eight channels.

Recording Geek Note: The above 2 channels feature a Sennheiser 421 and Sanken CUB–01 running through a Sound Devices MP–2 pre getting tracked to a Sound Devices 744T at 24/192.