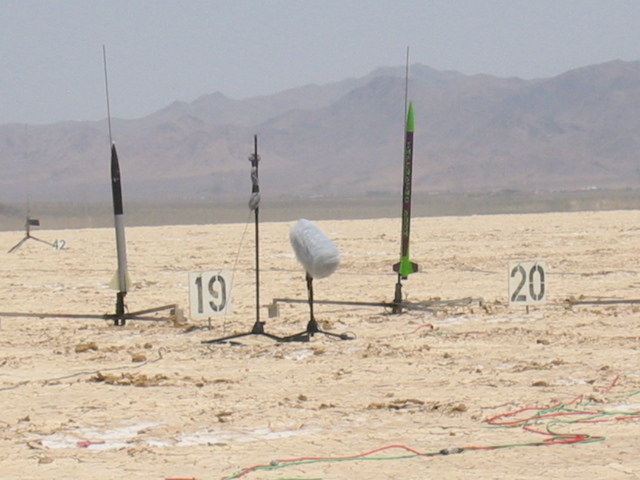 I’ve been listening to a fair bit of early Elton John these days, which jogged a memory of weird times spent in the deserts of Southern California.  Back in the spring of 2008, I made arrangements with the DART organization to record some rockets.  The Diego Area Rocket Team (DART) is a chartered section of the National Association of Rocketry, which was founded in Des Moines, Iowa and relocated to San Diego in the late 1960’s.  They were very kind and patient and made it incredibly easy to record.  I originally posted something in June of 2008, but the power of Elton John on a long drive reminded me that I had a bunch more SFX to master.

This rocket is a H Motor recorded with a DPA 4060 mounted just a few feet away from the launch pad.  The DPA is also mixed with a Schoeps MS pair with a MK4 running as the mid.  It was all tracked to a Sound Devices 744T at 24/96.