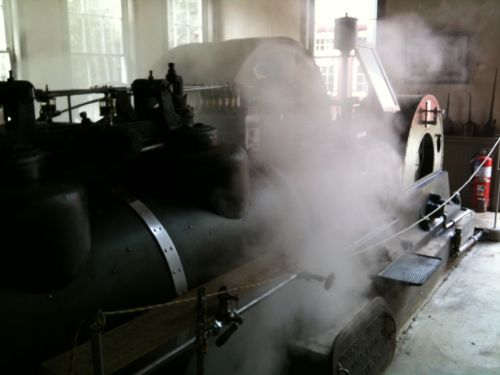 A new Rabbit Ears Audio Library, REA_009 Antique Engines, is heading towards release and should be completed it about 2 weeks. Here’s a little tease:

This new collection features stationary antique engines (both steam and gas) that were used for DC power generation. At the turn of the century before electricity was widely available, these engines were used to provide power to water plants, factories, farms, and just about anything that needed power. The engines could also be found driving pumps or heavy machinery to keep a mill or a oil rig running.

I have a soft spot for the stationary steam engines. These older engines chuff, hiss, and groan in spectacular ways. If you close your eyes you might even mistake some of the engines for steam trains. 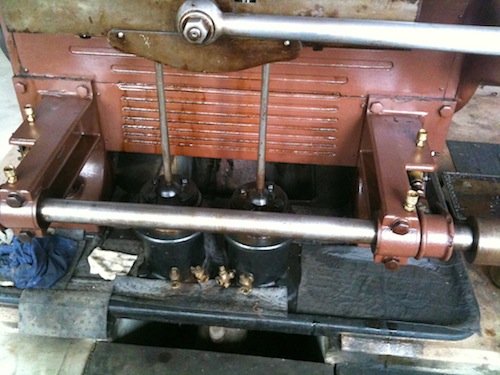 I spent a significant amount of time recording these crazy contraptions and have grown to adore not only the sounds of the machines, but also the folks who operate and maintain them. In many ways, it is a meeting of the minds when the operators of these engines realize that I am just as obsessive about field recording as they were about their engines.

My interests in these recordings stretch beyond their usefulness to sound editors, but also to their historical value. On of my previous libraries Metal Machines opened up a world of machinery used to repair old trains; it also provided a window into the work of impassioned engineers who are doing everything they can to keep their craft alive. During these shoots I spent most of my time recording the machines, but I also made an effort to document some interviews with the operators, who were, for the most part, not young men. I’m not sure how long some of these engines will continue to be restored and be functional, but I hope that it will be some time before they disappear.