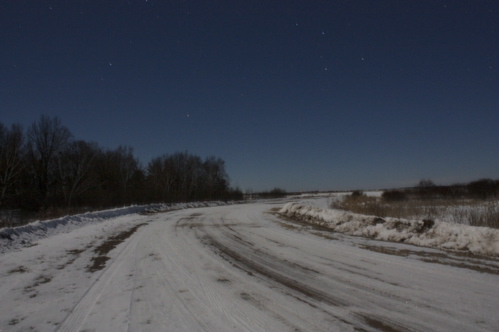 As a recordist sometimes luck is not on your side.  This past Sunday morning was one of those days.  I was on a mission with a couple friends to get some recordings of Great Horned Owls.  I checked with my favorite nearby wildlife preserve, Crex Meadows, and there were recent sightings, so off we went.  10:30 PM rolled around and I hopped in the car with two buddies and drove the 90 minutes to Crex Meadows in Grantsburg, WI.

Crex Meadows is a wetlands area that features a deciduous forest, a network of lakes, and prairie grasses. Earlier this year during the migratory season I recorded waterfowl there.  Driving into Crex at night is not something to be taken lightly if you don’t know your way around.  Think Blair Witch.

The first time I drove in there late at night I was with my good friend Rob Byers and we were both significantly scared out of our wits by how quiet and dark it was.  Sunday’s trip was our third trip out and aside from being pros by now, we had a full moon to light the way.  Thankfully Rob took his camera to document the trip and this photo was taken around 1:00 AM.

When we stepped out of the car one of the first things we noticed was how quiet it was.  In order to hear what was going on outside we had to first quiet ourselves.  It is that kind of quiet that makes returning so easy to do.  But that evening it was just a little too quiet, even for us.

The roads in Crex are cleared of snow, but there is not an easy way to get back in some of the wooded areas this time of year.  We found ourselves trudging through over a foot of heavy snow with our gear to get to the site we had chosen.  Unfortunately, it wasn’t the best choice. 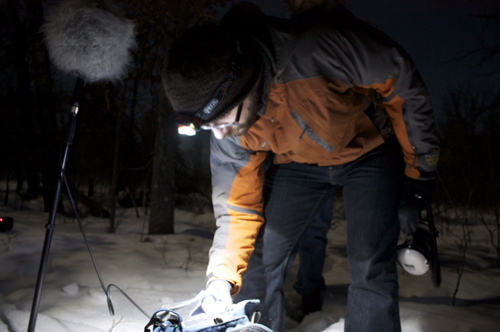 As you can see in the photo on the left, headlamps are key to keeping your hands free in order to set up the gear.  After living in the midwest for two years now, I have also learned that a beard helps as well.  At the end of the morning we recorded only a few very distant calls and lots of leaves rustling in the trees.  If we had only set up 2 miles up the road we would have been in a more densely wooded area and had better luck.

Was it worth a 90 minute drive at 10:30 PM and a return trip at 4:00 AM?  Absolutely!  The recordings we got on Sunday are still worthwhile and it is not often that you get to spend time in such silence.

Below is the failed attempt at capturing the Great Horned Owls.  For the most part you’ll just hear dried leaves in the wind, but if you hang in there you’ll hear a couple of distant hoots.  The noise floor is not my friend as I had to crank the gain to get the distant hoots.  We were so close!!!!!!!

This week we return to Crex on a mission:  Great Horned Owls you are not going to elude us this time.  We will find you and we will record you!! 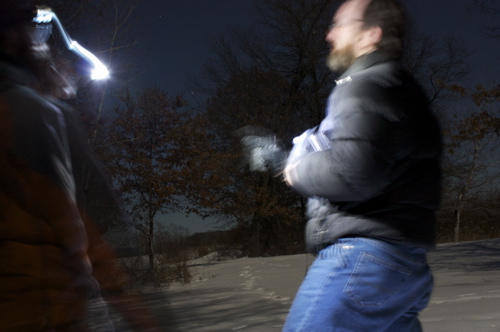 Walking to the recording site. 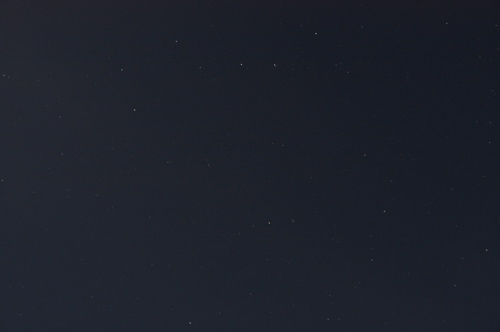 The night sky at crex. 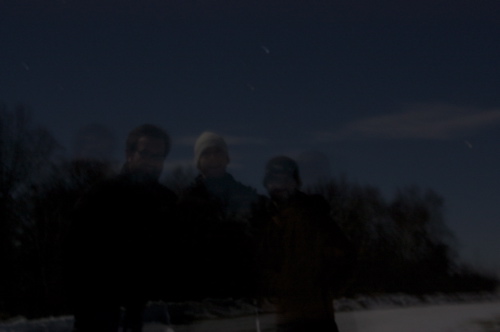