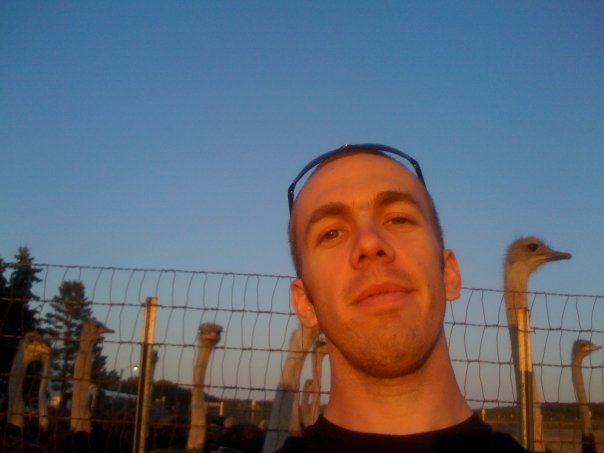 I’ve been buried under a few work projects lately, so my recording trips have suffered.  This week I wanted to revisit an old favorite of mine: ostriches!  Back in 2008 I was living in Minneapolis and I got a call for Ostriches.  Luckily for me there was an ostrich farm not too far into Wisconsin.  Before I left, I really didn’t know what I was getting myself into, so I dragged Rob Byers along for company.  He’s one of my recording buddies.

After we met the woman who ran the farm, I noticed a giant scar on her leg in the shape of an ostrich claw. They kick.  They kicked really hard.  We also quickly learned that the adults only make noise when they are mating (a low hooting noise), and unfortunately we were not that lucky.  We also learned which ones would not be living past the next week (the yearlings): 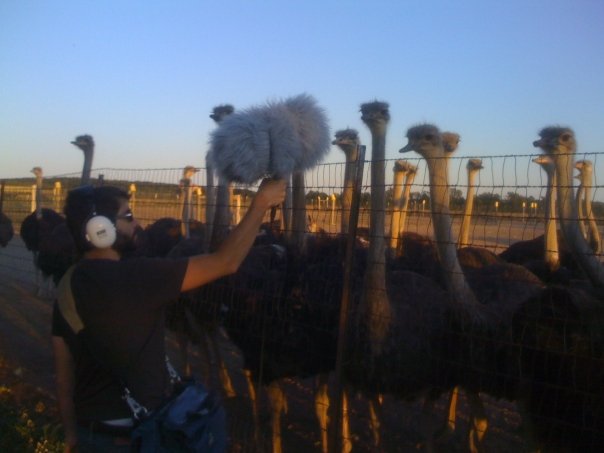 They barely made a sound, but they did like biting my zeppelin.  I didn’t mind because, I knew they would soon be snack food (“bite away poor fellows”). At that moment I was starting to feel a bit down on my luck since we hadn’t really heard much except the story of how the farm owner got kicked by a yearling.  That was until we discovered the babies!  Not only were they cute, but they made this unearthly chirping sound that I’ll never forget. 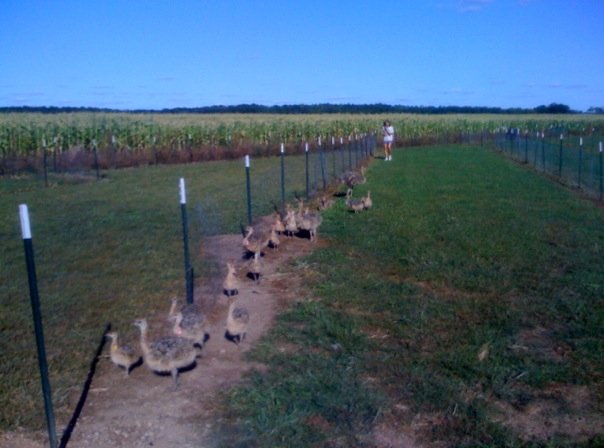 When I was working on Radiolab a colleague of mine, actually used them as the basis for the sounds of parasites hanging out inside a large intestine.  I’m good for baby ostriches and parasites.  One of my favorite things about that day was the massive amount of ostrich jerky we left with.  The woman who ran the farm refused to let us leave without 5 pounds of ostrich jerky.

Recording Geek Note: Rig consists of Schoeps CMC5’s setup for MS, with the MK4 as the mid. It was all tracked to a Sound Devices 744T at 24/96