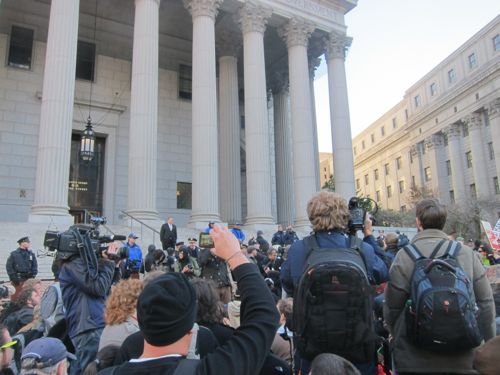 The occupy protests have waned in New York since their home base of Zuccotti Park is no longer available to them to camp in. At one point it seemed like there was a protest occurring every other day, but these days with cold weather setting in the group is more strategic about their movements.

Back on November 5th I recorded a protest that marched on the steps on New York’s Supreme court. Within a short time most of the protesters were threatened with arrest if they didn’t move off the courthouse steps and sidewalk. Some protesters stayed and were arrested while others moved into Foley Sqaure which is a public park across the street. 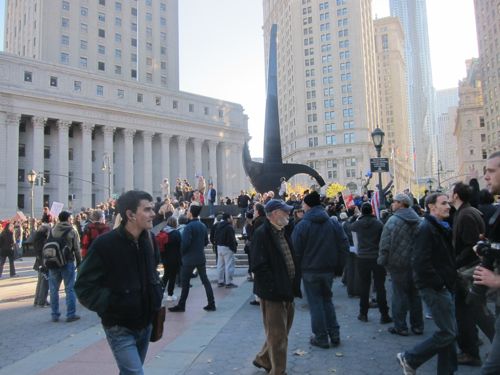 There were numerous chants during the arrests, but this “shame” chant I recorded was the most of commonly repeated.

The protests were mostly peaceful, but I did witness a few “snatch and grabs” when several individuals just grabbed cameras and took off. I would imagine a number of protesters have been the targets of pickpockets for some time. Thankfully my gear is just a bit too heavy to rip off my shoulders.

Recording Geek Note: The crowds were recorded with Schoeps CMC5′s setup for MS with an MK4 as the Mid. It was all tracked to a Sound Devices 744T at 24/96 with a Cooper CS-104 used a front end.