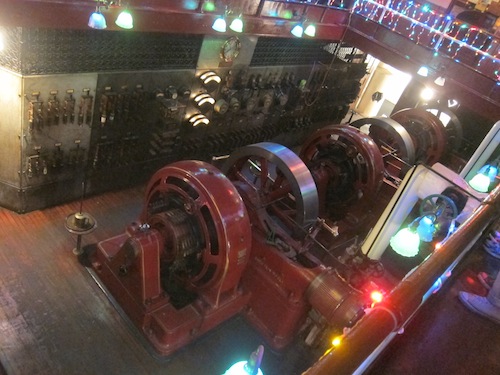 This is one of those “only in New York” experiences. Every year on New Year’s Eve, Conrad Milster sets up steam whistles on the campus of the Pratt Institute in order to announce the new year in style. Conrad has been the Chief Engineer of the Pratt Institute since 1958 and runs the school’s historic steam power plant.

At this point in time the plant is a museum, but Conrad’s love for antique machinery hasn’t waned. If you visit the Pratt Institute, Conrad will happily walk you through the machinery and the history of the plant.

New Years is very special for Conrad. Starting early in the day, Conrad runs pipes out from the power plant’s boiler and starts attaching the whistles. This year many guest collectors brought their whistles to share in the fun.

Some of these whistles came from old factories, some are from boats, some from trains, and others were newly fabricated. 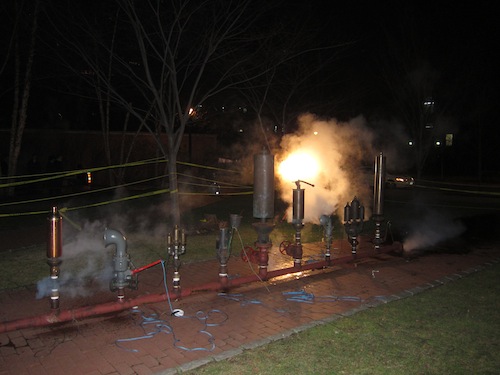 Recording Geek Note: The whistles were recorded with Schoeps CMC5′s setup for MS with an MK4 as the Mid. It was all tracked to a Sound Devices 744T at 24/192. Believe it or not, I didn’t use a pad, but the gain was set “0”. These things were loud!

There was also a Steam Calliope, but that will have to wait until part 2 of this post. 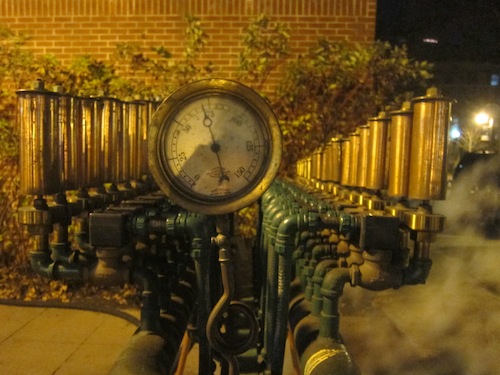 Special thanks go to Conrad Milster and Alex Noyes. You can read more about Conrad here and here.