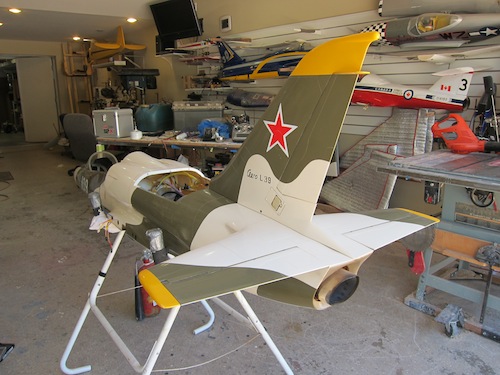 I’m still knee deep in propulsion sounds these days as I work on the next Rabbit Ears Audio Library. A recent recording session took me to the garage of a model jet airplane enthusiast. These planes might be small, but they pack a loud punch. Hobbyists who build these planes work with real jet turbines that are built to scale. 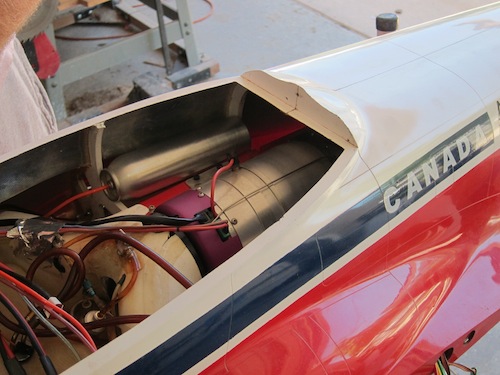 I performed a number of stationary runs of the turbine from several perspectives. This little turbine easily hit 115db at the exhaust, and I have no idea what kind of SPL it was outputting at the intake of the engine. IT WAS LOUD.

Here is the exhaust:

And the same take from the perspective of the air intake:

The intake has a much higher pitched whine to it, which I kind of dig. The SPL was so intense at the intake that I actually had to set that channel to line level to get useful material. I placed a DPA 4060 right in front of the intake, fed it phantom, but dropped it to line level. This can be a decent alternative to using inline pads.

I’m continuing to flesh out this collection and it continues to be ridiculous amounts of fun.