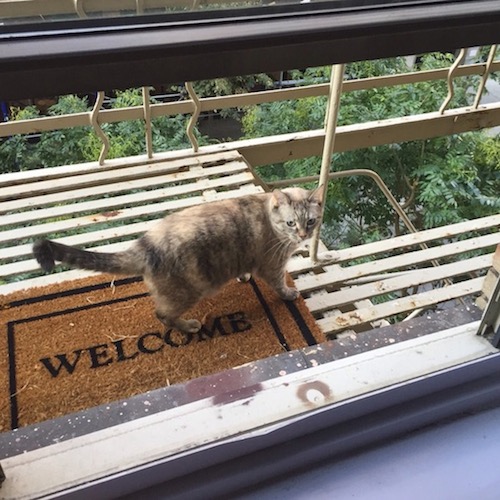 I’ll admit I have a problem. Isn’t that the first step?

Over six months ago I started recording sound effects for a feature that required a significant amount of New York City ambiences. The film required quad ambiences from elevation; this meant that I would be spending lots of time on rooftops. My experiences doing this are partially documented here, here, and here.

I’ll admit I can be a bit obsessive. I’ve been recording on rooftops in quad since November of 2013 and I’ve only just stopped. In several months I have gathered a diverse collection of ambiences that spans the following content:

The list goes on and on: somehow I have accumulated 267 Gigabytes of raw material.[1] Soon this material will end up in a library at Rabbit Ears Audio.

A month ago I was raving about all of this to my pal Kris Fenske, and he said, “You know, I live between a Police Station and a Firehouse,” and I said, “No F’ing Way!” and he said, “Yes way.” Kris’ place was just what I was looking for: A fire escape just high enough to record specific commotion of the neighborhood. When Kris was going to bed or just relaxing with some Pinot Grigio, he would put the rig out on the fire escape and wait for the magic to happen.

Those are just a few of the wacky things happening outside of Kris’ place in the middle of the night.

These last several months have been very special for me. I’ve managed to hear and see New York City from unique vantage points. I often froze my butt off[2] for long periods of time, but it was damn thrilling to see 1 World Trade from a 10 story building in Soho. It was even more thrilling to see the variety of The Empire State Building views from eight different locations. Each time I was up on a roof, it was just me, the rig, and NY. Just me and NY.[3]

Recording Geek Note: Rig consists of Schoeps CMC5′s with MK4 capsules setup for double ORTF. It was tracked with a Cooper CS 104 feeding a Sound Devices 744T. Only the front pair were used in this blog post.