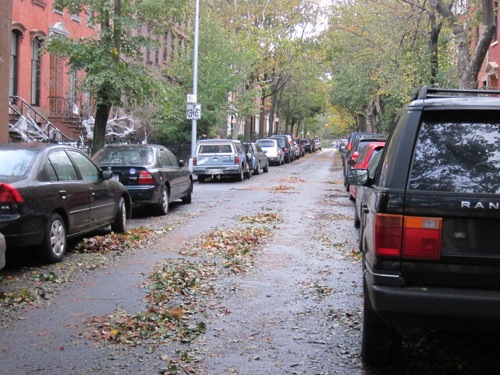 This past Monday was a rather hectic day on the East Coast, especially for New York and New Jersey. Hurricane Sandy started to bear down on Sunday night, and by Monday evening it was clear New York City was going to be hit with hurricane grade winds and flooding.

Most New Yorkers spent the day hunkered down in their homes. Although that is how my day started out, there were a few minor differences. I’m guessing most New Yorkers did not have mics zip-tied to their windows like I did.

The wind began to kick up around 3:00 PM and I managed to capture the wind gusting through the alleyway between us and the neighboring building.

As the evening progressed I decided to venture out to see if I could get a sense of the storm from street level. I live on a tree-lined street in Brooklyn; by 6:00 PM you could really hear the trees start shaking. 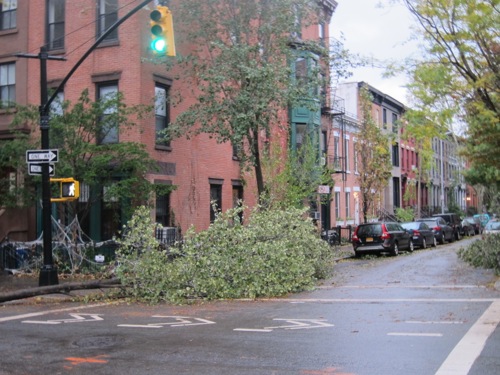 By 8:00 PM the winds were over 70 MPH and I ventured out one last time. When I stepped outside, leaves were already covering the sidewalks and most of the street. The trees were swaying violently, and by 9:15 PM there was a cacophony of shaking leaves in my headphones.

My block is lined with about 8–10 trees on either side of the street and the recording captured about 4 of them. It is pretty remarkable that only 4 trees produced that (tremendous) sound. One sound that is noticeably absent from the recording is the sound of commercial jets overhead. All of the airports were shut down and, except for the occasional emergency vehicle, it was just the wind and rain.

After some time on the sidewalk it was clear that the storm was getting out of control and it was time to head back inside. That is when I noticed the sounds of the wind slamming my building from within the stairwell.

I still have quite a bit of material to comb through, but the above recordings are what I pulled together after an initial edit.

Recording Geek Note: The recordings from the window were made with a pair of DPA 4060s. The material from the street and stairwell were recorded with an MKH 30/40 MS pair. It was all tracked to a Sound Devices 744T at 24/96.