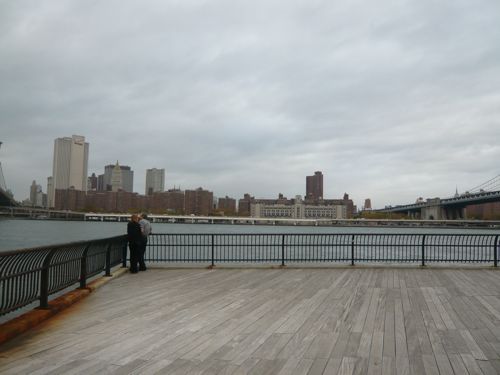 This recording dates back to October 2009.  I was wandering around with my gear and I ended up at Brooklyn Bridge Park along the East River. The Brooklyn Bridge was off to my left.  Water taxis, tourist boats, and helicopters were all whizzing by and the promenade was full of random people goofing off.  One of my favorite moments that day was when two women approached me:  “Are you recording?  Yo, are you recording?”  I love when that happens!  I went on to explain that I was recording the ambience there, which seemed to confuse them.  One of the women went on to tell me how she just finished working on a new hip hop single.  I don’t know how recording the random sounds of Brooklyn Bridge Park makes me a powerful record mogul, but somehow it did.  Didn’t anyone tell these ladies that the recording industry is broken? 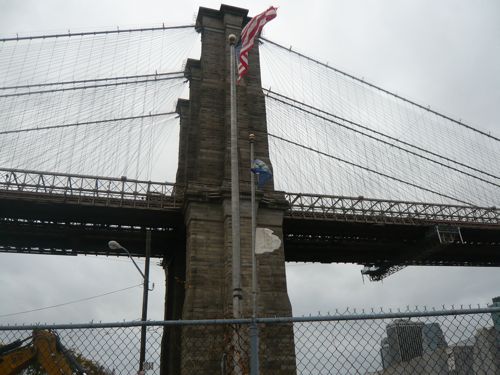 One nice detail in this recording is the sound of flagpole ropes rattling against a flagpole that was off to my left.  In the midst of the boats and aircraft rumbling by, it was a subtle repetitive sound that stood out to me.

Recording Geek Note:  Rig consists of Schoeps CMC5 setup for MS, with the MK4 as the mid.  It was all tracked to a Sound Devices 744T at 24/96, while trying not to get accosted by random morons.