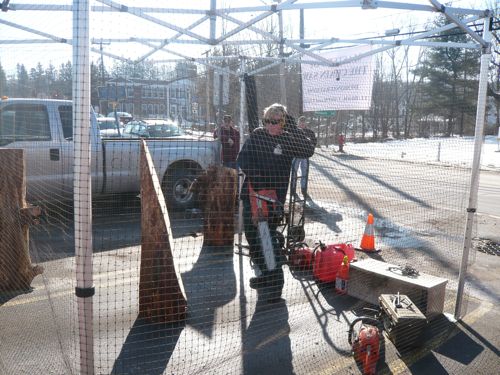 EagleFest is a one-day event held each year in mid-January in the town of Narrowsburg, NY.  Narrowsburg is just a couple of hours north of New York City on the Delaware river.  The festival features live bird demonstrations, opportunities to view birds of prey along the river, and lots of fun events for the kids.  On Saturday morning, there was a live demonstration of chainsaw sculpting:

The resident sculptor was wearing a T-Shirt that stated he was a Master of the Chainshaw.  I believe that, because he wasn’t using Stihl chainsaws, but a more rarified brand called Husqvarna.  I don’t know if the European brand adds a touch of class, but it it is hard to to argue with the results of the Master’s work: 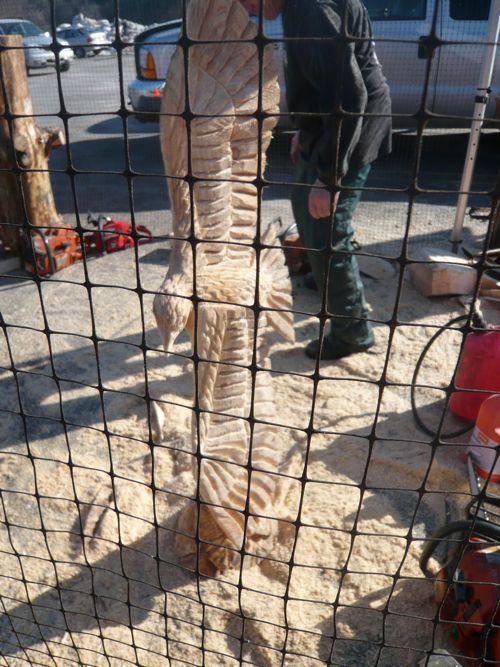 Quite an appropriate subject for EagleFest!

The following recording features some background voices, falling chunks of wood, and 2 different sized chainsaws that were used to carve the log:

Recording Geek Note:  Rig consists of Schoeps CMC5 setup for MS, with the MK4 as the mid.  It was all tracked to a Sony PCM-M10, with Sound Devices MP2 as a front end while trying to avoid sawdust flying around.