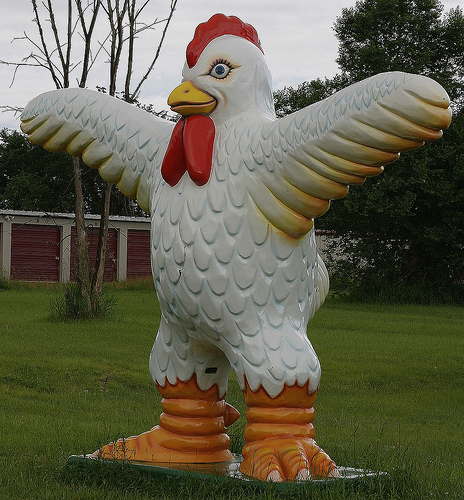 Last year I was hired to record some farm animals for a project and I had the misfortune of running into some rowdy chickens.  A local farmer in Wisconsin toured me around his dairy farm so I could record some cows mooing.  After I was done with the cows, he asked if I needed some chicken sounds and I said, “Sure, I’m game for some chickens.”  He had a hen house with about ten chickens that started flapping and flying around as soon as he opened the door.  It is not one of my best recordings because I got a little freaked out when they started flapping towards my face.  I didn’t think that chickens could fly but these little buggers could really get around.  The crunching sounds are their little claws moving around on hay and, as you can hear, I don’t think they were all too happy to see me or my recording equipment.

Recording Note:  Screaming chickens were recorded with schoeps in an MS configuration at 24/96 kHz.