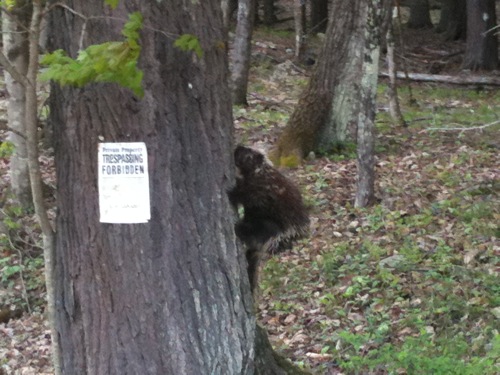 The last few months have been rough.  My ears have been sparring non-stop with terribly loud sounds – first, a Military Vehicle SFX library with Rob Nokes (REA_005), then last week’s Bell SFX library (REA_006), which was not any easier on the ears.

I needed a break.

After releasing the bell library, I took a trip to upstate NY with the Missus and family on Friday, May 13. Excited to get into nature, I made a promise to myself that I would record something quiet! All signs were pointing in a positive direction when I went out for a Saturday bike ride with my father-in-law and we met this fella:

Amazingly, I had never met a porcupine before, so we chatted for a little while before we both had to go on our way. 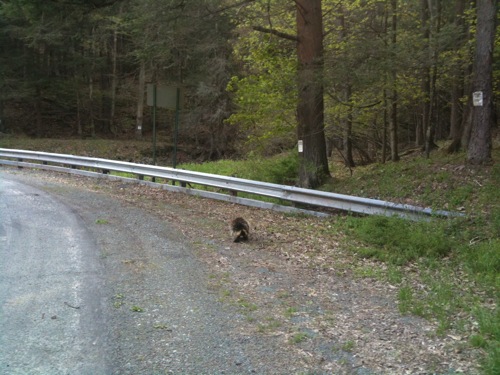 All weekend long it rained intermittently, and a number of brooks really started to flow with character. I picked up the gear and went strolling around for some water. The only thing missing was my new friend the porcupine. Here’s one of my favorite brooks from that weekend:

The weekend was almost complete on the ride home, but the missus and I couldn’t get this guy to stop: 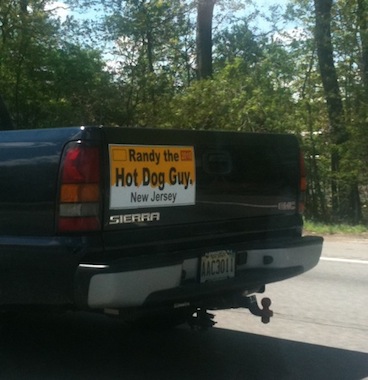 Next time Randy, next time.

Recording Geek Note: The brook was recorded with a MKH30/40 pair with a Cooper CS-104 and a Sound Devices 744T.