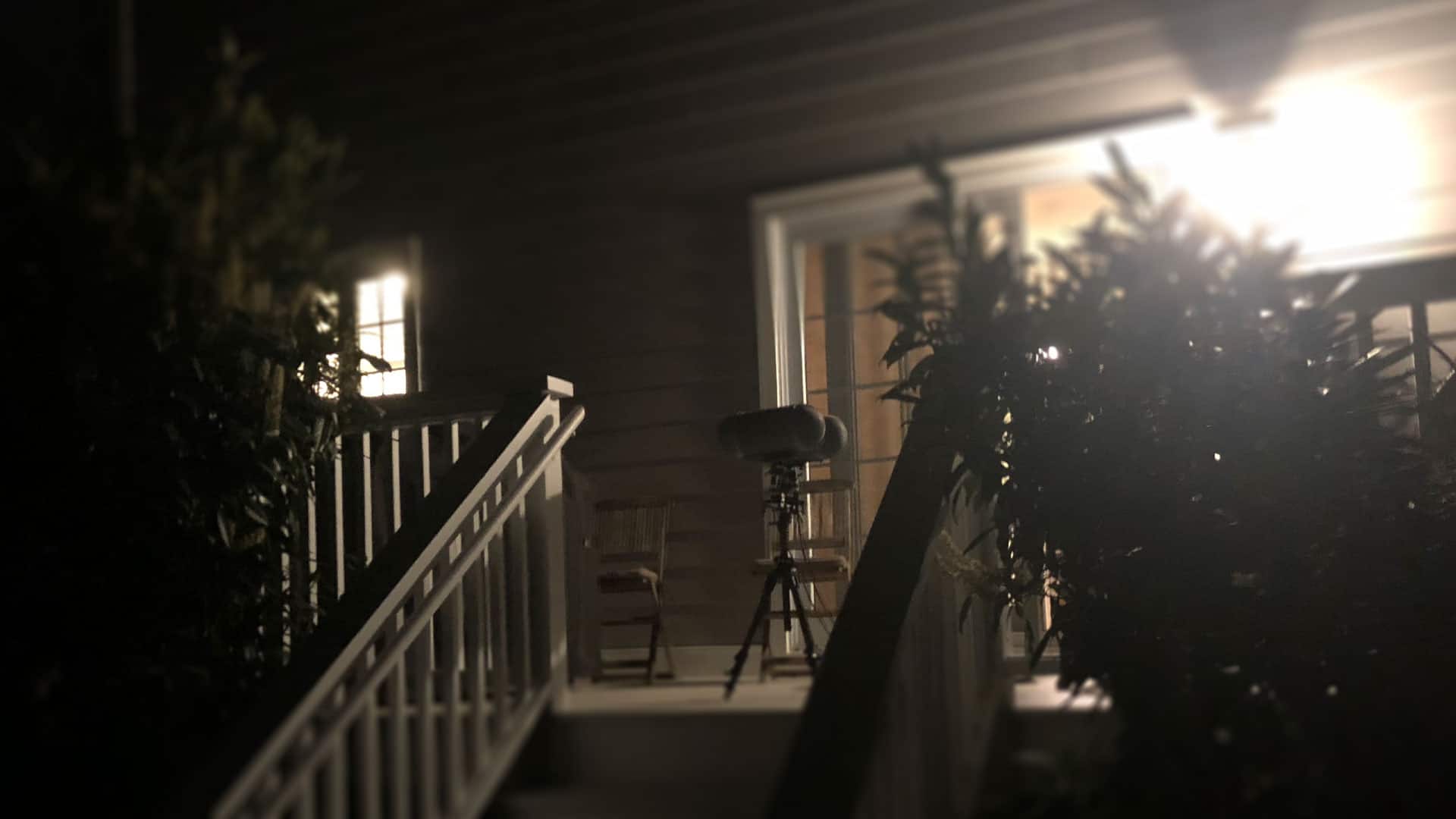 I have a deep love for winds and quiet airs. I’ve spent a fair bit of time crawling around in the snow and freezing temps in Minnesota, and Colorado trying to find some quietude. I never thought in a million years that I would find that in my own backyard.

First off, I live in a densely populated suburb of New York City, which is only about 15 miles from a major international airport. Proximity to New York and major airports does not conjure up serenity.

I decided the put the rig out the other night for two reasons:

There is an eerie quality and strange tonality about this recording that I love. I can’t quite make out the specifics. I know that it is not hot enough for AC units to be cranking yet. Is it the collective sound of all of boilers? If you listen closely there are distant dog barks, and some other eerie bangs I can’t quite make out. There are a few distant cars midway through and a closer truck by toward the end of the recording to provide a sense of how quiet it actually was that night.

I might be stuck at home and going slightly crazy while mitigating exposure to covid-19 like most of us out, there but in the meantime I can take solace in the silence.

On the techie/gear front, I’ve been impressed with my new CMC1 bodies and how well they have been performing. I’ve been using CMC5 bodies for over 20 years, and there was some healthy skepticism when these new amplifier bodies hit the market. Shoving gear into tinier and tinier cases rarely leads to improvements. So far, so good. Granted, they’ve mostly been on the back deck, but I’ve been enjoying them so far.